Just found out who this dude was, sounds sick.

Some stuff for the rainy days that can still be super chill days.
Some music and music videos END_OF_DOCUMENT_TOKEN_TO_BE_REPLACED

While walking around, also took a picture from the newly renovated south street bridge.

On the way there…
More pictures END_OF_DOCUMENT_TOKEN_TO_BE_REPLACED

Speaking of skylines, I took a walk around Penn’s campus and I found this one laying around lol, not a common sight so I snapped some pics up.

What dreams are made of…

Spice with his cone 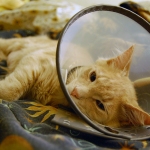 Poor Spice, we ended up having to put a cone on him, he was biting his stitches. He had a testicle that didn’t descend so they had to go into his abdomen to get it out. He’s doing alright though.

Wekfest III was this past Monday, here’s some of my favorite pics courtesy of Canibeat

Got the cats back

Their both walking around as if they’re drunk and Spice is like knocked out (they had to go into his abdomen since one of his testicles hadn’t dropped for some reason). Hope they feel better soon.

Our Kitties Are Getting Neutered

Getting them ready to go get neutered, me and my babe are super nervous! Hope it happens without a hitch. 😦

A little something on relaxation 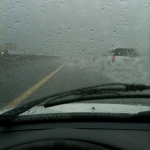 Lately I’ve been in an all out search for anything I can do to make stress just a little easier to handle. I don’t know why, but the closer I get to graduation the higher my stress and anxiety levels seem to get. I do have a few ideas for why this may be: END_OF_DOCUMENT_TOKEN_TO_BE_REPLACED

I been bumping this from the Cabin Fever mixtape. A lot of nice beats on there.

Spice on the Window 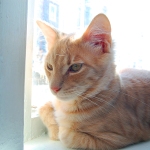 I’ve seen them stare out the window for quite some time without looking away. It gets kind of funny.

One of their favorite chill spots. Don’t like it when they bend up the blinds though. Other than that I’m cool with it. Always see them staring out when I get home, as if they were waiting for me the whole time lol. They probably weren’t but its nice to think they were. They’re supposed to be getting neutered this Friday, which has me super nervous :(.

Word Up Sesh #4 from iPhilms on Vimeo.

Looks like a lot of fun. I wonder how many tires they go through in a day.