So graceful through corners haha, sad that he blew the turbo. I wanted to see more!

Orido and Taniguchi show off what the 86 is capable of. 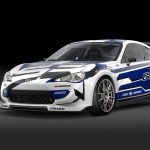 I don’t necessarily condone this type of behavior but this guy seems to know what he’s doing.

These formula drift cars always get me with their crazy colors haha.
Follow @craze191st

Another cool vid from drag times. Love the S15.

This is a pretty cool video in my opinion, just saw it on canibeat. It’s filmed on public roads and while I don’t condone illegal street racing, I must admit it’s pretty cool and these guys definitely looked like they knew what they were doing.

Word Up Sesh #4 from iPhilms on Vimeo.

Looks like a lot of fun. I wonder how many tires they go through in a day.